Joseph Hubertus Pilates was born in 1880 near Dusseldorf, Germany.  During his childhood he was unfortunate enough to suffer asthma, rickets and rheumatic fever. These conditions left his body structure stunted and his limbs twisted.  Determined to overcome these disabilities, he studied both Eastern and Western forms of exercise such as Yoga, Zen, ancient Grecian and Roman fighting regimes and developed a series of exercises which in time corrected his disabilities. These exercises formed the basis of his 34 mat exercises which he called the Art of Contrology. By the time he was 14 he was proficient in bodybuilding, diving, skiing and gymnastics. In 1912 he moved to England where he worked as a boxer, circus performer and a self-defense instructor for Scotland Yard detectives. During World War 1, Pilates was held in internment camps in Lancaster and the Isle of Man where he gradually began to take responsibility for the physical fitness of the other interns and here he adapted bed springs so he was able to teach patients to exercise whilst lying down. An invention that later led to his equipment designs.   During his time here he trained other interns in his exercise system and when England was struck by an influenza epidemic in 1918 all of his trainees remained healthy.

Returning to Hambourg, Germany after the war, Joseph continued his fitness programmes and his exercise regime became popular in the dance community attracting such people as Rudolf Von Laben, creator of dance notation, and Hanja Holm, an innovator of modern dance. In 1926 he emigrated to New York meeting his future wife, a nurse called Clara, on the voyage.  Together they set up a fitness studio sharing a building with the New York City Ballet. By the 1940’s his teachings had become popular amongst New York’s dance community and in the early 1960’s

he was invited by George Balanchine, a world famous choreographer, to train the New York City’s young ballerinas and, by 1964 ,hundreds of students around the United States were using his exercises as a daily routine not realizing that Pilates was a person.

Some of Joe’s students then went on to open their own studios, who in turn trained others who did the same.  Joe died in 1967 at the age of 87.  He preached the benefits of a perfect balance of mind and body and created a highly effective combination of strengthening and stretching that is beneficial for almost everybody.  His 34 original mat exercises represent the foundation of a discipline embraced by many fitness and health professionals throughout the world.

The Magic of Pilates

Thank you so much for clicking on this link. This is my dedicated website to Pilates, the love of my life. My name is Helena Marron and I have been teaching Pilates since 2005. 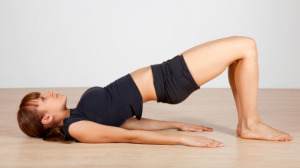 Only for people with healthy backs and a wealth of experience.

Helena Marron Exercise for Everyone

Helena Marron Exercise for Everyone

Discover the Magic of Pilates